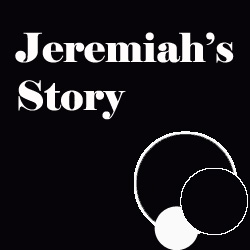 He leaned back in his chair and took a long drink from the cup in his hand. A quick glance at the clock told him that it was almost noon. Taking another long drink, the stern looking red-head looked at the door.

The man, who was dressed in a crisp white shirt and beige trousers, didn’t have to wait long until footsteps were heard coming from the hallway on the other side of the door. Soon after he heard footsteps, there came a knock at the door.

The doorknob turned and his manservant entered before the knock could be answered.

“Pardon me, but the general of Division 24 is requesting to speak with you. He is insisting that the matter cannot wait until after dinner.”

‘Why can’t anything wait until after I have eaten? Though, it has been a few days since I have driven fear into my armies.’ “Let him in. I could use the entertainment.”

The man turned his back to the door as his manservant left the room. Within minutes, a man dressed in full military uniform stood silently behind the chair.

‘At least this buffoon isn’t fool enough to speak before being spoken to.’

‘Or maybe he is. Pity, this general could have gone far. Too bad he couldn’t keep his mouth closed.’

“I am terribly sorry to intrude upon you.”

‘No you aren’t but you will be shortly.’

“However, there has been a breach in security. Section 13 of Division 11 has been compromised. They are using renegade tactics to hold off the rest of the Division.”

‘And a snitch as well? Telling of a security breach in a different Division? Let Division 11 handle it or go in and take control yourself.’

“I am requesting permission to send troops into Division 11 to aid their general.”

The emperor slowly turned his chair to face the general who was looking worried. After several minutes of silence, he spoke. “I don’t believe you do. If you truly wished to aid Division 11 you would have gone there rather than coming here to ask for permission.”

“Protocol dictates that permission be granted before troops are allowed to leave their Division.”

A slow nod greeted the general’s statement. “True, permission must be granted by the Division’s general. I will have to find one to give Division 24’s troops permission to aid Division 11.”

Sweat began to gather on the general’s face. “Sir?”

The emperor rang the bell which sat on a small table by his chair. The door opened, letting in the manservant. “Bradford, please send this  pathetic excuse for a man to the arena for the next war game. And, while you’re there, make sure he is placed in the same housing area as the renegades he helped to catch.”

“As you wish.” Bradford placed a hand on the former general’s shoulder and led him from the room.

Jeremiah slipped his hand into the front inside pocket of his jacket. His fingers gently caressed  the satin ribbon which he knew was tied around a small velvet box.

The box held the key to his existence. Without this box, he didn’t know if he would be alive.

He gripped the box tightly in his hand as memories of her gripped his mind.

He remembered her teaching him. Days spent sitting side by side as she showed him the ways of steam-powered technology. He remembered the feel of her skin  as he brushed against her in the library and the smell of aether as they built their machines.

As he pulled the box from its resting place, he remembered the day she gave it to him. He remembered the way the sunset danced on the horizon; the way her eyes teared up as she sat in her wheelchair. The years had been hard on her body, though her mind was as sharp as the day they met.

As she handed over the open box, she finally told him the truth. Truth that she had kept from him for twenty years. Truth that he could never let anyone else know. Truth which he kept hidden in a small velvet box tied shut with a blue satin ribbon.

“What is this dreadful noise? Is the organ broken?” My Lady quickly crossed the ballroom floor to where Alyssa was playing the organ. “Do I need to remind you that I have zero tolerance for maid servants who disregard my property?”

“N-n-n-no, my lady. I was practicing the m-m-music our emperor requ-qu-quested.” Alyssa looked to the bottom of My Lady’s skirt as it was generally the safest place to look.

“I will not tolerate lies from my maid servants!” My Lady’s words were slow and deliberate.

“I-I-I’m sorry my lady. I will not l-l-l-lie again.” Alyssa apologized but didn’t move her gaze from My Lady’s skirt. Every time the skirt moved, Alyssa flinched.

“Of course you won’t.” My Lady moved closer to Alyssa causing yet another flinch. “You won’t get another chance to spread your lies. I cannot risk having a disobedient maid servant in the presence of our emperor.” My Lady’s voice was low, forcing the rest of the room into silence. Her skirt twirled as she turned toward the door. “Mary!” The loudness of her voice was startling in the quiet room. “Mary! Take this rodent to the laundry room. She is no longer any use to me.”

Mary’s feet pounded against the floor as she entered the room. “It would be pleasurable to do this My Lady.”

Mary dug her nails into Alyssa’s arm as she grabbed it. The tight grip forced Alyssa to follow close to Mary as they left the room.

“You’ll learn to like the laundry room rodent. If you have luck, you may even get out.” Mary leaned close to Alyssa, her breath sour to Alyssa’s nose.

“I am not to stay there for the rest of my days?”

“If you can keep your sight, you may get out. But you’ll be working with bleach. You’ll be blind by tomorrow rodent.” Mary’s laugh screeched through the air.

They reached the kitchens and Mary led Alyssa through a door which stuck in its frame. The stairs behind the door creaked as they made their way down to the cellar. The further down the stairs they went, the more distance there was between the lanterns.

“Get use to the dark rodent.” Mary sneered as they reached the bottom of the stairs. “You won’t be out of this cellar for a long time.”

“Fresh meat?” A man’s voice slipped out of the darkness and Alyssa strained to see the person it belonged to. “I can lead her from here.”

“Good luck rodent,” Mary’s breath tickled Alyssa’s ear. “You’ll need it if you want to get out of here alive.”

A damp hand grasped Alyssa’s wrist, its bony fingers surprisingly strong against her skin. “This way child. Forget about Mary and what you learned in the main house, those lessons will do you no good here. I run things a bit differently here in the dark.”

“Yes sir.” As Alyssa’s eyes adjusted to the black, she could make out the silhouette of a spindly man. If she hadn’t felt his skin against her wrist, she would have thought the man was merely bones brought back to life.

The question was simple, but Alyssa found that she couldn’t answer. As much as she wanted to love, she also knew she couldn’t.

“Well?” Rhiondra tapped the toe of her polished leather shoe on the floor. “Do you love David?”

“Rhiondra, unlike you, I do not have the privilege to fall in love.” Alyssa’s voice faultered as she thought of what she was going to say. “I am a purposed person. We are only meant to do what we are purposed for. I was purposed as a servant. I am to clean and cook not fall in love.”

“It is not as simple as that Rhiondra. Love is not my purpose.” Alyssa tugged on the bottom of Rhiondra’s dress. “Can you stop moving so that I might hem your dress?”

Rhiondra waved off Alyssa’s comment but stopped moving. “It is as simple as that. And, if I were you, I would run away to be with my love. It would be very romantic.”

“It would be dangerous and deadly.” Alyssa stopped her work so that she could look Rhiondra in the eyes.

“But it would also be romantic.” Rhiondra’s eyes took on a faraway look.

Alyssa sighed. “Yes, Rhiondra, it would also be romantic.”

“And now on the block we have a small blonde from Canaan.”

A large man shoved Alyssa up the steps before her. She stumbled up the few steps, righting herself once she reached the small platform by throwing her tied up hands in front of her.

Alyssa’s heart beat loudly, overpowering the voice of the auctioneer. Her body trembled as she stood, naked, in front of the people who were bidding on her.

Please let me go somewhere where I’ll be safe and treated well. Please don’t send me to my death. Alyssa thought as the bids grew in size.

Alyssa’s thoughts strayed to the stories she heard from the other people in her compartment. Stories about what different households did to the girls they bought. Stories about rape and abuse. Stories about suicide and murder. And all Alyssa could do was hope that she was one of the lucky ones. That she would be one of the ones who survive.

“Sold to number forty-two for twenty-one credits. Our biggest sale today. If you will go over to the counter to pay, you can pick up your slave.”